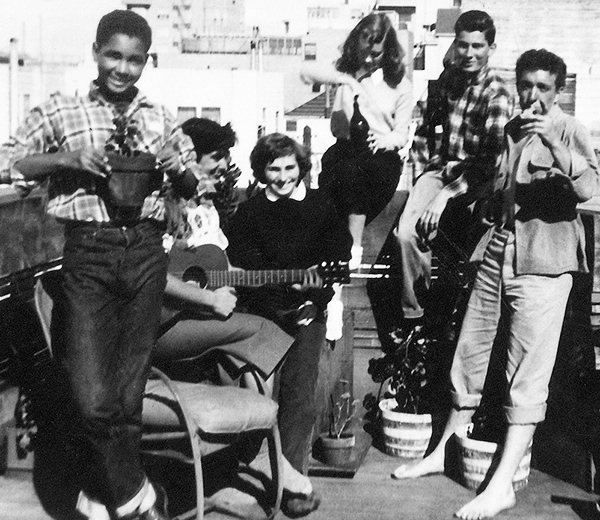 The club was founded by high school student Dave Rothkop, who wrote much later, in the January 2010 folknik, “In 1948 I concocted the San Francisco Folk Music Club. We mostly met at our tiny apartment in North Beach. The first club fizzled out, but in 1949, as a freshman at S.F. State, I placed a notice in the college newspaper, the Golden Gater, soliciting interest in a folk music club. The response was great and the rest is history.” Dave also wrote, “San Francisco Folk Music Club was the legitimate child of Hiroshima and the Cold War. Believing that music is the one language capable of transcending national egotism, a small group of idealistic and not very musically gifted high schoolers began meeting in each others’ homes in 1948… We didn’t end the cold war but have pursued our dream of mutual understanding through music.”
1959
The club was reorganized by Herb Jager on a somewhat more formal level to assure its continuity and to allow it to promote concerts, benefit performances and other activities related to the community.
1962

When Herb left the area, Faith Petric took responsibility for keeping the Club functioning. Faith led the club for decades and hosted its musical meetings at her home in San Francisco until her death in 2013 at the age of 98. A folk singer with a staggering repertoire, Faith became a “guiding light” for the San Francisco Folk Music Club and an invaluable resource and inspiration for several generations of musicians.
1964
Faith began publication of the folknik, the club newsletter. 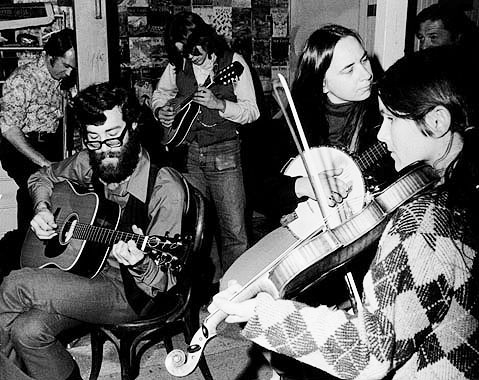 Under Faith’s leadership, the club grew into a sizable community. Attendance at folk club gatherings at Faith’s house often approached 100 people, sometimes so full that there was scarcely space to sit down. The gatherings became a hub of the San Francisco folk music scene.  This photo is from around 1974.
1977
Club presented the first annual San Francisco Free Folk Festival, at the Hall of Flowers in Golden Gate Park.  Festival held at various locations over the years, moving to its current location at Everett Middle School in 2016.
1977
The club initiated the Plowshares Coffeehouse folk concert series at Fort Mason Center.  It continued until 1998.
1980